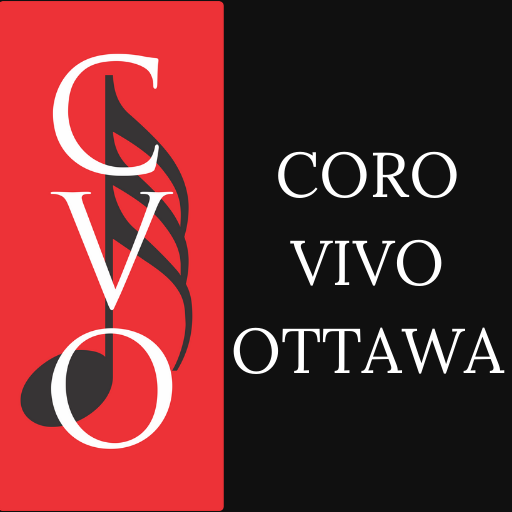 Plague, War, Intolerance, Ecological Disaster. The 2020s have not been much fun.

Tonight’s concert is inspired by these troubled times yet its theme is not despair, as might be expected, but despair’s  antidote — hope. Not a passive wistfulness for something better, but a lusty, take-charge, do-something kind of hope.

The concert takes its name, Nibi, from the sonorous hymn to water which begins the second half of our concert tonight. Created by Andrew Balfour, a Winnipeg composer of Cree descent,  Nibi was commissioned for Coro Vivo Ottawa by former choir member Ron Robin in memory of his late wife Pam, a founding member. Ron and Pam are a huge part of why Coro Vivo exists as a thriving, inspired artistic organization.  As administrators, as fundraisers, as champions of artistic excellence, as calm, clear voices in turbulent times, Pam and Ron provided unmatched stewardship through every decade of the choir.

It was Ron’s hope that the concert, inspired by the newly commissioned work, would reflect his late wife’s passion for the natural world and her compassion for those who dwell within it. He wanted it to be a celebratory call to arms, a post-COVID moment of joyous relief that would challenge its listeners to aspire to something greater than just “a return to normal.”

And that is precisely the kind of concert CVO artistic director Antonio Llaca has created: a program of music that celebrates and inspires, that eases one’s pain but not one’s conscience, that recognizes that our debt to Mother Earth is essentially a debt to one another.

Each piece evokes some aspect of our relationship with nature or with each other. We begin at the beginning, The Heavens are Telling from Joseph Haydn’s oratorio, The Creation. Celebration is foremost in this piece. Its message, in essence, is there is no better evidence of the divine than the wonders of the world around us.

The Heavens are Telling  is followed by Los Cuatro Elementos, by Haydn’s New World contemporary, Cuban composer Esteban Salas. This playful Baroque villancico, or Christmas carol, features  the  four traditional elements of nature  — earth water, fire and air — arguing about who has the greater claim on the Christ child.

Are you feeling frisky?

In our next piece, the romantic Noche de Lluvia, or Rainy Night, two lovers  are cocooned in a bedroom, listening to the  sound of rain on the window pane and imagining how this gift from the divine “sister” will create little miracles in fields and forests. Popular Canadian composer Sid Robinovitch has created a sensual setting for the lyrics of Nobel-prized nominated Uruguayan poet and early 20th century feminist Juana de Ibarbourou

Lili Boulanger was a Parisian contemporary of de Ibarbourou, at least until her untimely death in 1918 at the age of 24. By then, this musical prodigy had become the first female winner of the Prix de Rome composition prize, and had composed more than two dozen works including the stirring Hymne Au Soleil, which we present tonight.  In this setting of the poem by 19th-century French poet and dramatist Casimir Delavigne, you can hear the sunrise’s triumphant reawakening of nature.

The yearning of David Rain’s song  is resolved in the final piece of our concert’s first half, John Rutter’s uplifting For the Beauty of the Earth. It reminds us that the better world we wish for is already within our grasp us if we would only reach out. The beauty of the earth, of hill and vale , of tree and flower and the joy of human love inspire this song of exaltation.

As promised, we will begin the second half of our concert with the world premiere of Andrew Balfour’s Nibi, which is the first of three pieces with indigenous North American pedigrees.  Nibi is the Ojibwe word for water, and there couldn’t be a better symbol for the message of this concert.  Water renews. Water purifies. Water flows. Water adapts. You will  hear water in all its many moods in Balfour’s compelling composition.

The women of the choir will then continue our celebration of nature with songs in two of the indigenous languages of Mexico. The first is  Nan lu’um k’inal, un cri de coeur in the language of the Tojolab’al-Maya people of the Chiapas region.  Writer and composer María Roselia Jiménez Pérez, adapts a traditional Tojolab’al song, entreating the blessing of Mother Earth, Grandmother Moon and Father Sun.

It is followed by Hant Ihyao iiya, adapted by Leticia Armijo one of Mexico’s most prolific female composers, and a champion of Mexican women in music. The lyrics are in the Seri language now spoken by fewer that 1000 people in the Sonora region of Mexico. In the song, a woman wonders at creation as she “walks the earth.”

The final part of our program begins with a a pair of achingly expressive Hebrews songs composed by Nurit Hirsh, one of Israel’s most prolific contemporary song writers. The first is a setting of the poem Chupat Ha’Techelet — A Sky-Blue Canopy —  by popular Israeli songwriter and poet Rachel

Shapira. Shapira  has called the poem a love song to Jerusalem, but in essence it is about nature’s capacity to evoke overwhelming emotions.

The second  song is Hirsh’s B’shanah Ha-ba’ah, which is often sung in a festive, almost rollicking fashion. This far more contemplative setting seems well suited to the lyrics of Israeli poet Ehud Manor, which reflect our present wistfulness as we emerge from our pandemic hibernation: “Next year, we will sit on the porch and count migrating birds, children on vacation will plays tag between the house and fields. You will yet see how good it will be, next year.”

Our program has celebrated nature and humanity’s place within it. But for our final offering, we invite nature to sing along — well, to take the lead, actually — which is probably as it should be. Vancouver composer Larry Nickel’s Mother Whale Lullaby is a choral setting of American saxophonist Paul Winter’s Lullaby of the Great Mother Whale. The choir sings backup for  a haunting whale song that will raise the hair on the nape of your neck. When the choir hushes, the whale sings us to the end of the concert, and, ideally,  sends us home, with renewed hope and the will to make a difference. 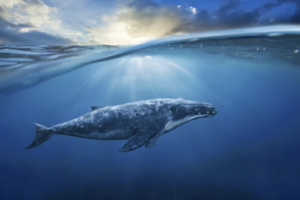